When a drive shaft breaks (e.g., due to misalignment), the turbine will suddenly experience minimal resistance. With the remaining driving force (fuel or steam), the rotor will be able to accelerate rapidly and exceed the machine’s mechanical limits. An advanced overspeed detection system will detect when a rotating machine exceeds the maximum tolerable acceleration threshold, trigger an alarm and initiate a trip function even before an actual overspeed situation occurs. However, it will take some time for the driving force to disappear, during which the machine could still reach a dangerous speed level. Therefore, it is essential to have in-depth knowledge of your machine and know which accelerations are acceptable at every speed.

“An advanced overspeed detection system will initiate a trip function on speed acceleration even before an actual overspeed situation occurs.”

Control valves / safety valves are important mechanical parts of a machine. The consequences of failing control valves can be significant. When a control valve of a steam turbine is stuck or when one of its pressure valves remains opened, it could lead to excessive driving force on the shaft. Just as with a broken shaft, this could cause excessive acceleration and overspeed.

Mechanical / hydraulic overspeed protection can fail during an overspeed test. These systems have failure modes which can only be tested when performing an actual overspeed trip. When the system is stuck due to varnish or dirt, the mechanical overspeed device will not be able to shut down the machinery when required.

Even though most systems are automated, there is still room for human actions and interference. For example: leaving an override in place after a maintenance stop. Another example is an operator error. This has become less and less likely due to technological developments that require minimal human input, but it remains one of the main overspeed causes for rotating machinery.

The speed signal could be corrupted by an incorrectly mounted or adjusted sensor or system configuration errors, which causes an incorrect input in the system logic. An incorrect sensor input could also affect the control system, which could subsequently lead to an overspeed situation. This would leave the rotating machine vulnerable to undetected overspeed situations. 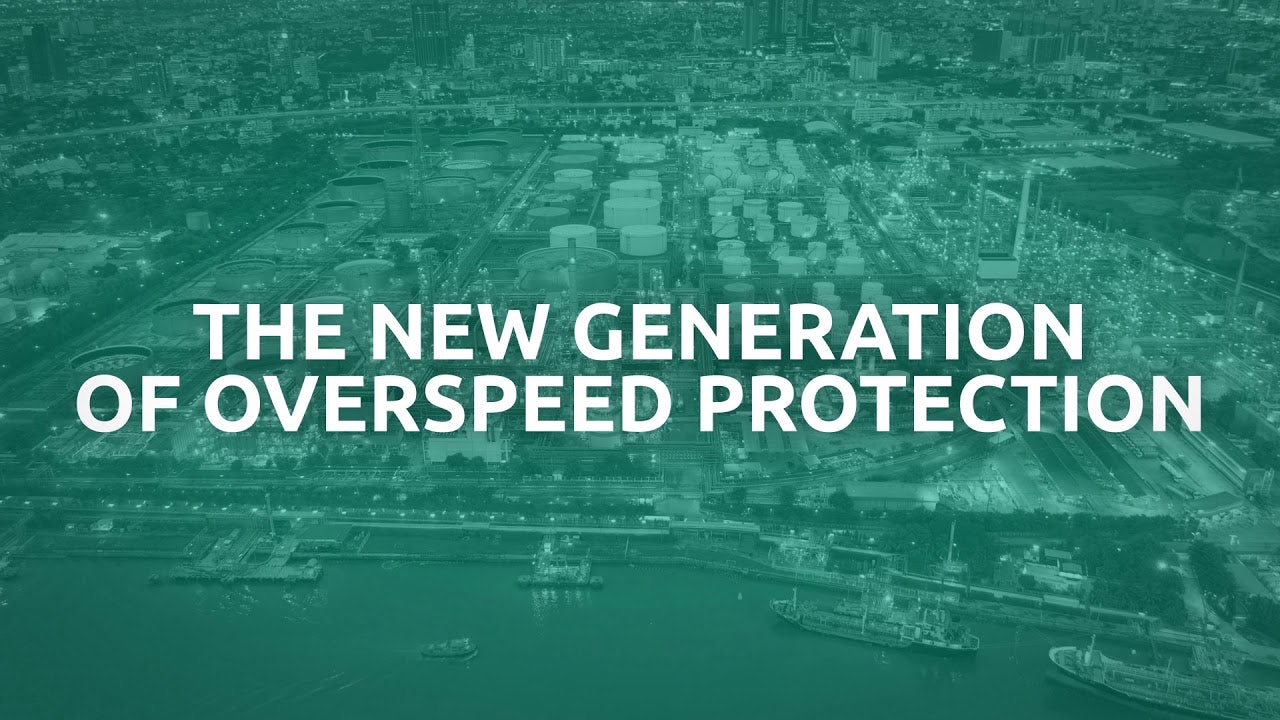 Do you have a question about the SpeedSys? Ask our expert!

Request our bookazine Speed. After the success of our bookazine Vibration, we decided to make a bundle of knowledge articles and case studies of our other passion and expertise: speed!

To measure the rotational speed of a shaft, it is necessary to have the right target for the contactless-sensing speed sensors to be able to generate an accurate signal. In…

Overspeed protection systems have one of the most important functions regarding safety measures for rotating machinery. As such, these systems require advanced safety functions to detect overspeed and excessive acceleration…